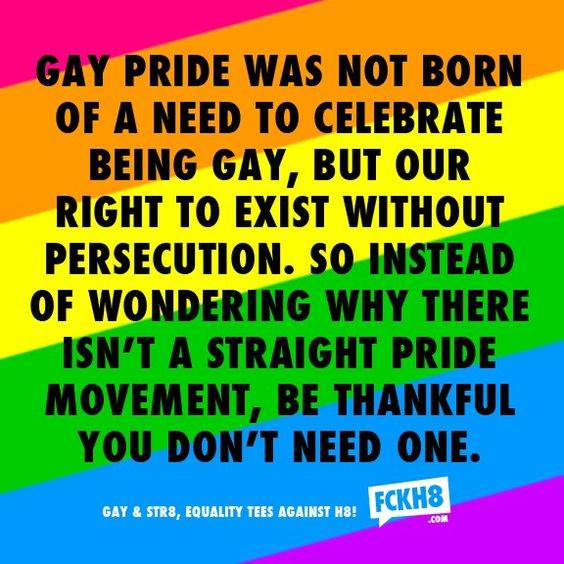 Who are the people who celebrate, promote, support, or fellow-travel with the notion of "straight pride"?


Among other reasons, the word "pride" was chosen because gay people lived--and many still live--in a world that shamed them, that shamed, not just their choice of partners, other choices and associations, and actions but their very existence. When news of their existence became public, shame spread like a contamination upon their parents and family, friends, neighbors, associates, employers, co-workers, churches, schools, and hometowns, and, in the hands of the correct observer or interpreter, even to the state or the nation, even to the world or the species, itself. In this framework, the introduction of storms, flooding, fires, droughts, and disasters was understood as the consequence of the presence of the homosexual, a character so unnatural, so antithetical to reality itself, that the weather, that Nature, recoiled or revolted in response, as the body's immune system does when it rejects a foreign object, contaminant, or infection and seeks to eject, expel, or destroy it. In a related, less metaphorical, and more recent formulation, weather disaster has been seen as a response, a punishment, from a deity more exercised by the presence of the homosexual than that of poverty, war, the poisoning of the planet and its inhabitants, the taking advantage of the poor and political systems by the rich, murder, rape, and hatred, as such. If one imagines war, poverty, and hatred as yet more punishments for not toeing some other purportedly moral lines, then it should be asked what the point is of having a God so much more invested in negative responses than positive actions, where and how free will exists in such a relentlessly punitive universe, and why God's Will, in Susan B. Anthony's very memorable formulation, seems to cleave so closely to the worldview and prejudices of the people who promote it so assiduously. I have digressed.


Living in a world of shame, in which shame is encountered, or potentially encountered, or, most often, implicitly encountered in interactions with ones parents, grandparents, siblings, aunts, uncles, cousins, brothers-in-law, and other family; with mentors, ministers, priests, teachers, coaches, doctors, and others one has taken as role-models, even while not, and sometimes while, being molested by them; with neighbors, friends of parents, parents of friends, friends, high school and college girlfriends, fiancées, and wives; with acquaintances, people one barely knows, bullies, enemies, arch-enemies, former childhood friends, and closeted individuals who would rather destroy you than ever be mistaken for someone like you; with the other boys on your high school wrestling team or baseball team or basketball team or soccer team or swim team or football team; with some of the faculty advisors, some of the boys, and sometimes the girls you worked with on high school theater productions; with business owners, shopkeepers, clerks, librarians, bookstore employees, adult bookstore employees, other shoppers in a department store or shop, other members of the theater or movie audience; with your taxi driver, the driver in the car next to you on the freeway or stopped at the light, adolescent or adult passersby on the sidewalk, men or boys in groups or individually; and the worst of betrayals, with your best friend, your boyfriend or girlfriend, your lover, your ally, the person you trusted the most, and your very existence, itself.


It is this last contention--plus, probably, almost every other example I have raised, but most especially the question of one's existence, itself, as such--which serves as a rebuke to ones existence, that forever separates and describes the yawning void between gay pride and straight people's notion of "pride" in their sexuality.


Gay pride has always existed as a rebuke to straight shame--both the shame that straight people feel about us and the shame that they try so very hard--sometimes, often, unconsciously--to make us feel about ourselves. Gay pride has always been an attempt to discover a place not that was once there, but that has never been there. To find a place that is not only not shamed, but that is a nourishment to one's existence, instead of an argument against one's existence, can never be compared to a sexuality that was so taken for granted as the sine qua non of all humans that its only experience of loss is a jealously regarded one of someone else's gain. Straight people should be thanking the other sexualities for helping them to see they are not alone in the universe, instead of trying to hound us out of existence.

Email ThisBlogThis!Share to TwitterShare to FacebookShare to Pinterest
Labels: Politics 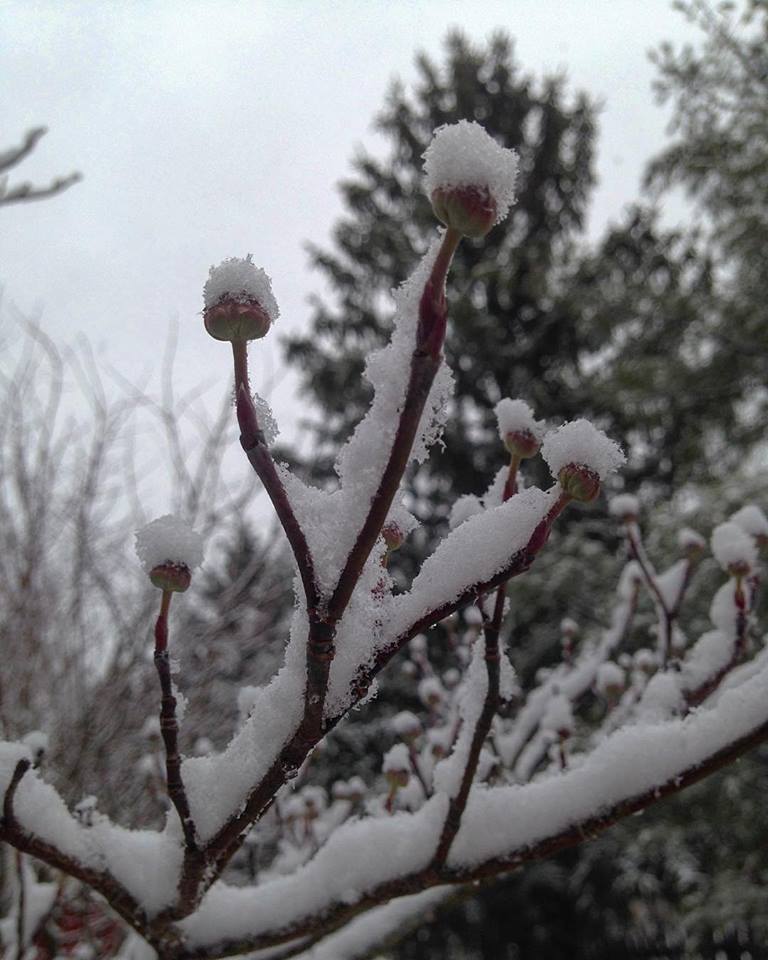 So many
Spring Marie
Antoinettes,
so little
time, in a
time of too
much Winter.
Perpetration attributed to Luciferus at 3/31/2019 07:25:00 PM No comments: Links to this post

Luciferus
I'll try to be nice: former academic, currently underemployed (in every sense of the term), and always ornery. Sometimes cranky and impatient with my disappointment with the world. That's a complex fragment, read it again. A series of indiscriminate, even promiscuous, musings on the sexualities, art, culture, politics, the histories, the herstories, literature, pornographies, and whatever else tickles my fancy. Strong enough for a woman, but made by a man.

10 Most Popular Anti-Blog Posts of the Last 7 Days

10 Most Popular Anti-Blog Posts of the Last 30 Days

10 Most Popular Anti-Blog Posts of All Time